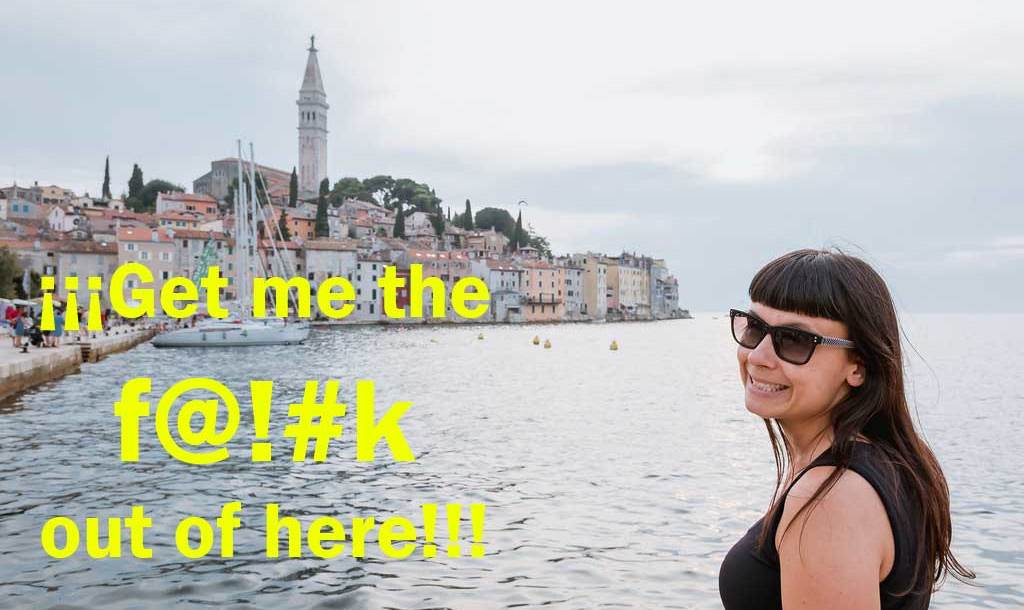 Hollywood profits from a desire to leave humdrum situations – home, country, life, or even planet Earth. In public, we see a desertion to easy or comfortable solutions, which offer ‘ways out’ from ethically difficult and contradictory dilemmas. Theorist Sarah Sharma (CAN) refers to this escapism as a type of (male) exit from the complicated negotiations of living in the world.(1)

Escapees may enact the fantasy of flight – but what’s the supposed destination? And what is left behind, apart from a group of awed and thoughtful onlookers?

In its 24th year, FAKI International Festival for Alternative Performance proposes to gather theatrical artistic gestures around the theme Escape! in Zagreb’s former pharmaceutical factory ‘Medika’ and online. These can be theatre plays, circus, dance, installation, street performance, puppetry, workshops, or totally new forms of expression. Proposals should use the stage (on- or offline) as a vehicle for transporting audiences away, into other realms, countries, times – or just leaving them stuck-in-the-mud, while the artists themselves wave their goodbyes.

Artistic proposals are expected to challenge physical/political realities and carry us into post-pandemic worlds, where new forms of togetherness, criticality, curiosity, fun, and discovery become once again imaginable. Over the course of one week, proposals will be realised on the improvised stages of Medika and surrounds. Works-in-progress, slapdash ideas, provocations, and trashings of the theme are welcomed, alongside thorough and precise proposals, from artists and non-artists alike.

If we can get the f*#k outta this place, anything is possible!

WHAT IS A HYBRID FESTIVAL?

FAKI 24 is seen as a live theatre event that is partly digital, and partly face-to-face. Proposals will be accepted as either face-to-face or online works (filmed theatre, live performance lecture, etc.), however, selection will favour concepts that show a flexible approach to form, where the artistic essence is not contained in a single medium of expression, the stage turns fluid, and an adaptation can be made if circumstances of the festival are forced into sudden change.

FAKI Festival covers all reasonable costs for the presentation of accepted works, including technical, subsistence and transportation costs – often in the form of travel to and from Zagreb, accommodation on-site at Medika, volunteer technical direction and adaptation, and healthy vegan lunches. Artists additionally receive coverage and promotion by the festival, rehearsal space, and dramaturgy or other support if needed. Travel costs are covered up to 200 € for individuals and 500 € for groups, with sustainable transport options (bus, train, shared car) preferred.

Artist fees/production costs are not covered. The festival will work together with artists searching for funds to develop works from other sources (via letters of support or other means), and for adapting works into digital formats.

The submission deadline is Friday March 5th, 23.59, Central European Time. Submissions after this cannot be accepted.

Any questions? Don’t understand something? Please write to Faki@attack.hr (English or Croatian).

Read more about the development of Faki’s 2021 theme here:

Festival of Alternative Theatrical Expression – FAKI, was created in 1998 as a response to elitism, but also the commercialization of the institutional cultural environment whose political and artistic one-sidedness was a handicap to independent, avant-garde, subversive and experimental work of theatre and performing artists. Avant-garde performance research, innovative conclusions and original procedures, the political and personal self-awareness of authors, and the humanity of ideas and messages – are the backbone of selection criteria that seeks to detect links between artistic practices for the artistic festival structure.

FAKI is a program of Autonomous Cultural Centre Attack.

“Image: Girl standing by the sea with Rovinj city in the background” by focusonmore.com is licensed under CC BY 2.0 (text added)”