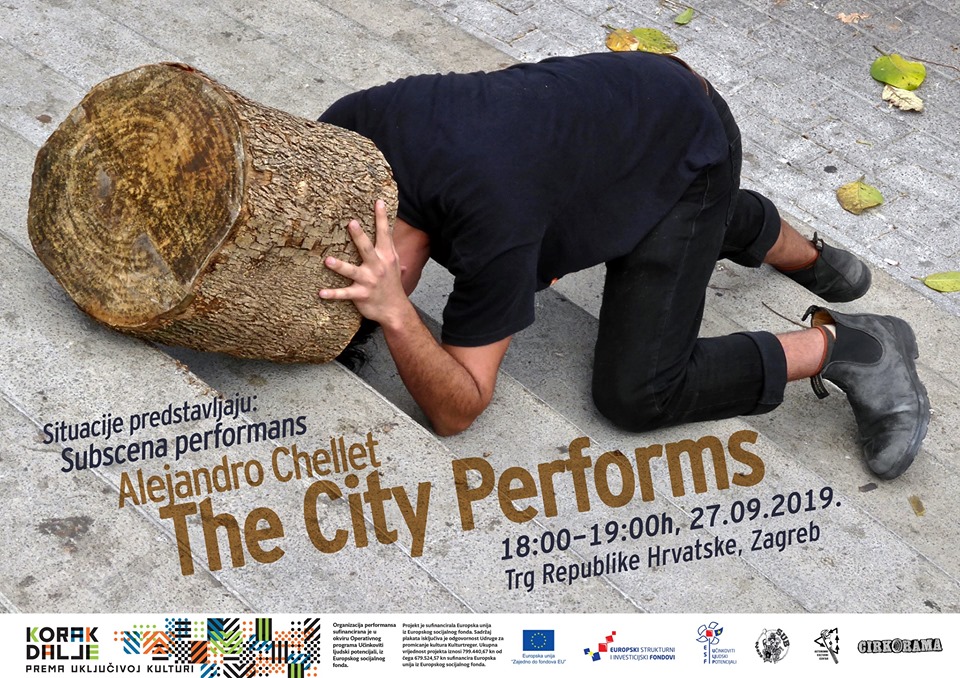 SubScena program invites you to join a public performance by our artist-in-residence – Alejandro Chellet.

I have met a lot of people inhabiting mega urban centers like New York City, Mexico City or Sao Paulo who certainly have felt the need to reconnect with their environment, other like-minded people and themselves. I raise awareness in general by specifically spreading knowledge about shamanism, activism and permaculture, not in an recreational or spiritual way, but through embedding these concepts and practices into urban interventions.

The concept or idea of Freegan or Freeganism was something unknown for me until my first visit to NYC on early 2011 when I discovered that such activist approach to recycling, reusing and reutilizing is a common practice for some people in urban areas. This was the first community I encountered in NYC, which truly opened my eyes to discover that this city is not just the Capital of Capitals but also the place where I could start my own exploration of what public space has to offer. I like to tell other colleagues that the streets are ultimately my “studio” and in big part, also a source of inspiration and questions about society. I harvested most of my art supplies from industrial waste dumpsters and from other “artists waste” that I found on the street. The streets are also the open forum for my performances.

During my participation in this residency I aim to bring closer together this two worlds: the artist and the activist. I’d like to develop a performance piece to happen both: outside on the streets and inside the theater. I’d like to play with creating a small ephemeral installation with found objects and my body which I could bring into this two places. I’d like to create somatic body movements and vocal sounds that will come from my inspiration gotten by the experience of transiting the streets of Zagreb and learning about the local history of past and recents times.
— A. Chellet

Alejandro Chellet – born in Mexico City where he experienced performance art as an early age spectator, influenced by his parents who are also artists. Alejandro grew to become a young multidisciplinary artist and a social practitioner on cultural and permacultural networks. His focus is creating artwork related to the misplaced core principles of coexistence, the loss of connection with Nature cycles, and the political and environmental context of urban societies. He works with audiences, public space, architecture and performance, to create and share art globally. He has successfully performed and participated in residencies around the world.
Participated in various productions and shows in Sao Paulo, NY, Mexico City, Catalonia and beyond, on the topics of permaculture, interaction, collaborative urban interventions, land art, post-industrial critique and social change.
www.alejandrochellet.info

“The City Performs” artist residency and performance are part of the SubScena 2019 and the “Situacije” programs.
SubScena for theatrical, performance and hybrid art is a non-profit partner project by Autonomous Cultural Center Attack and Cirkorama Association, realized at AKC Medika (Pierottijeva 11, Zagreb, CRO), aiming to affirm and interconnect avantgarde and experimental Croatian/regional/international artists regardless of their art’s genres, styles or periods. SubScena incites any artistically meaningful – both radical or subtle performance creation process, while developing and promoting experimental public development strategies and the establishment of a contemporary artistic discourse. The project is financially supported by the City of Zagreb, the Ministry of Culture of the Republic of Croatia, as well as Kultura Nova Foundation and the National Foundation for Civil Society Development supporting the work of AKC.
attack.hr/subscena-en