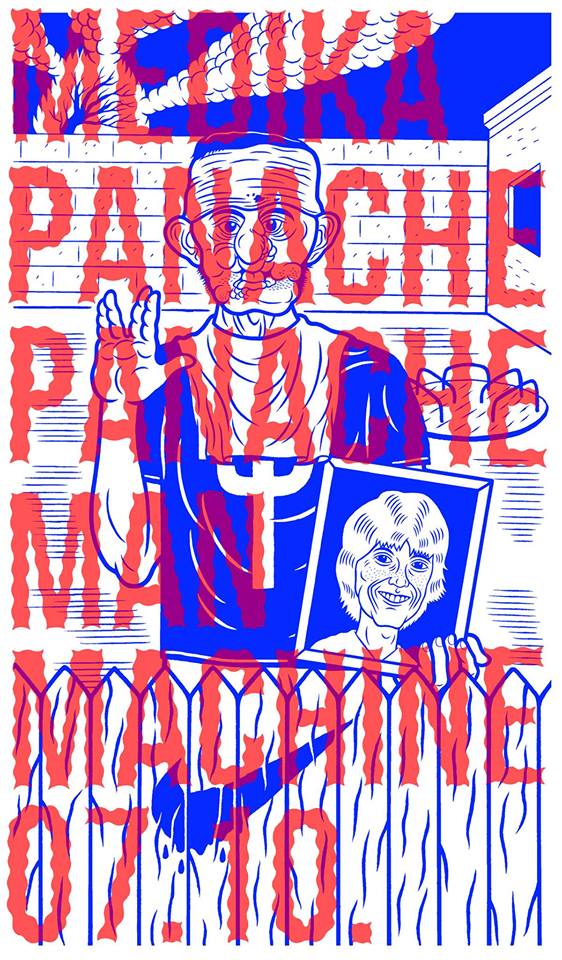 DO NOT BE TERRIFIED AND RUN OFF SCREAMING IMMEDIATELLY!!! This is not an unholy abomination hybrid of a human being with technology. It is actually the title or what have you of some musical thingamajingie by this guy who makes sweet ass songs and performs them live on various occasions. SO STOP PANICKING FOR FUCK SAKE!!!

Be sure to check the living donkeytesties out of his new release which he is ceremoniously promoting on this very evening.

Spawned from the remnants of civilization’s worst taste and feasting on the fresh odours of rat’s anuses, three utter idiots known intergalactically as Prince Paradox, Puke Pony and Raw Rawness are here to glamurously defile everything you hold dear and become pissdrunk shitheads during the process.

Entrance to all multicellular life-forms is 20KN but you are free to throw random cash at the performers if you are in fact a mongo dilweed.