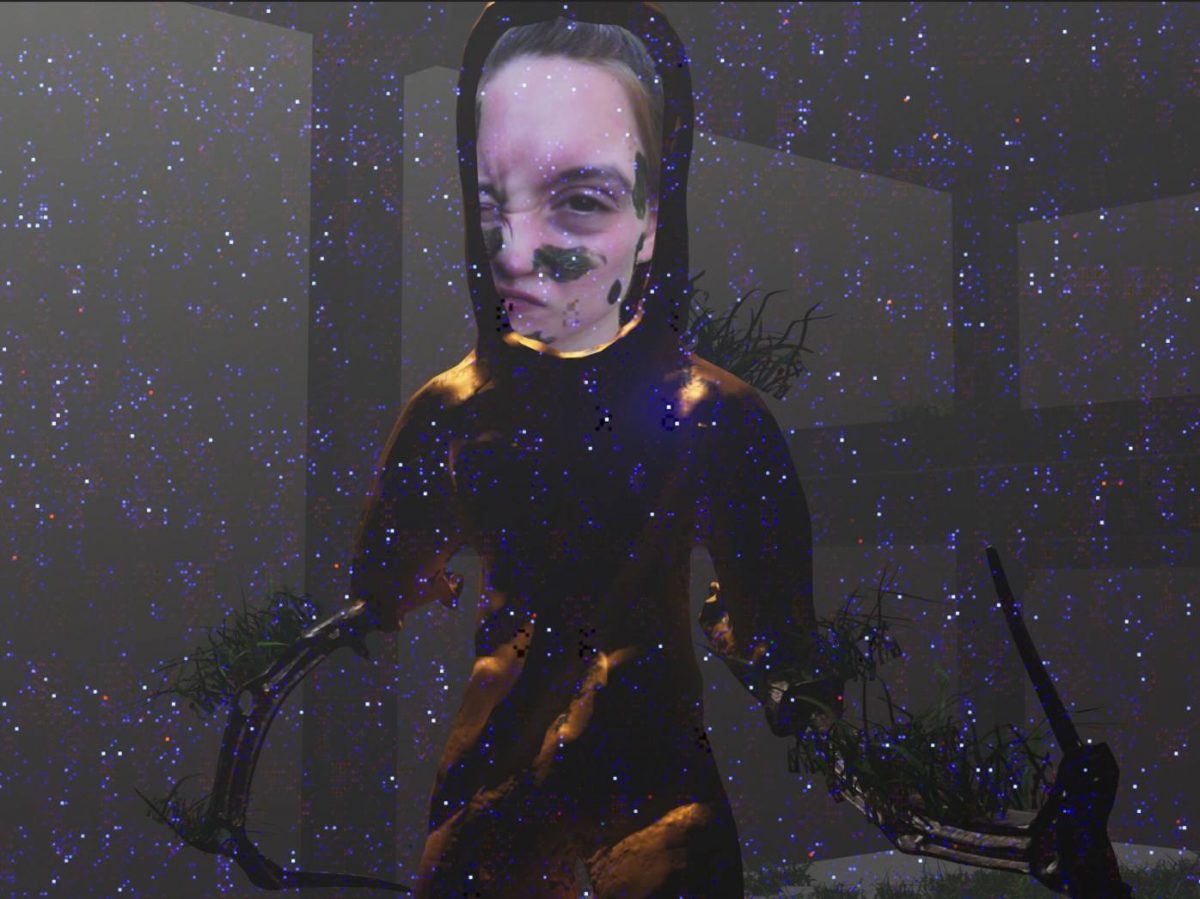 A worm works tirelessly to hold the volume increase button for hours on end.
An orchestrated insect chorus plays out around sonic body as if attempting to capture its infested self. The earwig living in the lower half has spent months dismantling the motherboard.

This group has been working together since 2017 as a multilingual, multinational collaboration of artists exploring the common possibilities of sound, noise and literature.

For the project VR00000M we extend our work to digital media, fictional environments and the narrative structures of theatre.

The VR00000M – WIP performance is part of the SubScena programme.

SubScena for theatrical, performance and hybrid art is a non-profit partner project by Autonomous Cultural Center Attack and Cirkorama Association, realized at AKC Medika (Pierottijeva 11, Zagreb, CRO), aiming to affirm and interconnect avantgarde and experimental Croatian/regional/international artists regardless of their art’s genres, styles or periods. SubScena incites any artistically meaningful – both radical or subtle performance creation process, while developing and promoting experimental public development strategies and the establishment of a contemporary artistic discourse. The project is financially supported by the City of Zagreb, the Ministry of Culture of the Republic of Croatia, as well as Kultura Nova Foundation and the National Foundation for Civil Society Development supporting the work of AKC.
attack.hr/subscena-en/